After 28 years as a highly skilled employee, David was told that his job was over. In spite of the immediate trauma and fear, he knew that as his next step, he’d rather work for himself and have more control over his destiny. That was in 2006. Today, David is a thriving entrepreneur, podcaster and speaker. He is guiding high achieving professionals, who yearn to impact the world with their knowledge and creativity, by becoming successful consultants or coaches, following long careers as employees.

Why you've got to check out David's episode:

- Learn how David helps high achieving individuals who are building a coaching or consulting business following a long career as an employed professional.

- Discover how many people go through trauma after losing or leaving their job and what impact this can have on your sense of identity, your relationships and your support circle.

- Understand the emotional components of fear and loneliness which inevitably come from leaving a secure job and starting up a new business.

- Learn how to bounce back and leverage your network for social support and mentorship and discover the most important thing to do if this happens to you, which is taking the time to reflect and recharge using a sabbatical period.

- Get access to hundreds of coaches, consultants and a peer community through following smashing the plateau.

Tom Bailey: Hello and welcome to the flow and grow expert interviews. The place for experts and entrepreneurs who want high value ideas to boost business results.

Hello. I'm Tom Bailey and I'm joined today by David Shriner-Cahn , who is a thriving entrepreneur, podcaster and speaker, and the host of Smashing The Plateau. So, David, hello, and a very warm welcome to today's episode.

David Shriner-Cahn: Thank you so much Tom, it's great to be here.

Tom Bailey: Thanks for coming in. And then whereabouts are you in the world right now?

So, the title for today's episode is Do What You Love And Get Paid What You're Worth. And David is going to show us how to do that in just under seven minutes. So, David, your first question is who are your ideal clients?

David Shriner-Cahn: Well, you already said it Tom, high-achieving individuals who are building a consulting or coaching business following a long career as an employed professional.

Tom Bailey: So, very similar to your background then.

David Shriner-Cahn: Yeah, no surprise there.

Tom Bailey: No, not at all. And great. And at least you can resonate with that audience and you know what they've been through and are currently going through as well. So, what is the biggest challenge that they currently face in their current situation before we work with them?

David Shriner-Cahn: Many people, start to focus on strategy and tactics to try to build what it is. They, they, they believe they want. That's actually not the biggest challenge. The biggest challenge is trauma and it's trauma due to job loss. Whenever you have a loss, it is a traumatic event and it's true. Whether you have left your job voluntarily or you've been forced out, there's still trauma because you're sense of identity, especially as a high achieving professional, your sense of identity is very tied up too, in what you do as, as your job.

So, when that is gone, all of a sudden, you're like, you don't know what to call yourself.

Tom Bailey: Yep. Understood. And, and with this sense of trauma, lack of identity, what, what impact does that typically have on them or their careers or business?

David Shriner-Cahn: Well, one, one impact is they don't always make the best decisions early on.

The, other emotional component that's tied to the trauma and the shattered identity is fear and loneliness. So, there is great fear there. They're doing something that has a lot of elements that they've never done before. And So, there's a lot of fear that's involved and the, the loneliness Is two things.

One is when you're a business owner or a CEO, you're the only person in that role, whether it's a a one-person company or a company with many, many people. And there are things that you are reluctant to share with anybody else, or maybe you don't have anybody to share them with. So, So, just because of your role there's loneliness. The second piece is when you are working in a job, you have a built-in social structure, social structure, and a technical support structure. And all of a sudden that is gone overnight. So, you don't have people to sort of hang out with and talk about what is on your mind to kind of naturally.

So, you. So, that's a, that's a big issue. And the second is you missing this technical support, all of a sudden, as a new business owner, you're responsible for everything. And that is, is not it's not what happened when you're part of an organization. There are different people responsible for different roles.

And so, there is a there's a lot of loneliness that happens right off the bat.

Tom Bailey: Of course. And, and I guess when you do lose your job, there's a little bit of fear around income. How will I pay for my mortgage, my bills. And do you think that sometimes leads to the wrong decisions being made

David Shriner-Cahn: Very often? And as a matter of fact, even if you have enough money to pay your bills Again, high-achieving people are used to working and there's a lot of there's a lot of emotional baggage tied up in that. I have a good friend who has enough money that they don't have to work again. But this is somebody who has been working their entire life.

And the whole idea of just not working is really hard. Yeah.

Tom Bailey: Yeah, understood. So, let's think about somebody in this situation they've lost their job, lost their identity. What is one valuable piece of advice that you would give to somebody to really help them solve that problem and move past it?

David Shriner-Cahn: Most important thing is actually to take time to reflect. And you can do this in a couple of different ways. One is if you can financially afford to do it. You are better off taking on what I like to call a sabbatical period. So, you can both recharge and also reflect on what's most important to you. And that reflection is, is really important. And you can't, it's really hard to reflect when you are. When you're working hard on something that takes a lot of a lot of energy, a lot of time. So, the reflection time is important. Second is because, you know, I mentioned the loneliness and the, your social structure has suddenly been shattered as well. You need to build two elements of relationships. One is your new peer community people that are going to be in the world that are, that will be part of the kind of work you're going to be doing. So, if you're a consultant or coach, you want to be around people that that are consultants and coaches. And the second is you need to build a mentor community.

So, you will need some guidance and the kind of guidance you need will change over time, but you need to find those people who can give you expert advice when you need it. So, you don't. Waste a lot of time and waste a lot of money.

Tom Bailey: Great. Thank you very much for that. And, and what is one valuable free resource or some content that you could share to really help people move past this?

Tom Bailey: Excellent. And, and you talked about that social circle and surrounding yourself by coaches and consultants.

What a great way to do that initially, and by going to smashing the plateau.com and what I'll do is I'll post a link to that below this episode.

Tom Bailey: No problem. And So, this is slightly off topic, I guess. And that is then my next question, which is, what would you say is your greatest failure that you've ever made personally either in life or in business?

And what did you learn from it?

And in both cases, they were very traumatic at the time on the surface, they look like major failures, even though neither one was related to my own personal performance. You know, they were still very traumatic. However, what they did trigger was a tremendous amount of reflection, introspection, personal growth and professional growth.

And I ended up trying new things that I never would have tried without if the job loss hadn't happened.

Tom Bailey: Yeah. Great. So, it, it almost creates an opportunity through, on the back of the trauma. Exactly. Yeah. Okay. Thank you. And the final question from me today is what is one question that I should have asked you that will also add some great value for this audience today?

David Shriner-Cahn: But the one question that I think is really important when you're going through a transition from employment to entrepreneurship is you really need to get clear on what you want to achieve and why. And there are, there are four steps that I would say are key. The first one is something that people don't necessarily think about, which is you need to plan your exit strategy first, because if you don't know where you want to end up.

It's going to be very hard to plan how to get there. So, before you start anything in new business, decide on what your exit strategy is and that strategy can change over time. But before you get started, just know where you want to end up. And then the other three are creating a vision for your life that you can articulate and write down and write them down in terms of goals.

And objectives, goals, being something that's specific enough. So, you know, when you're working towards them, but not measurable so that there's always more that you can do to work towards your goals and then break that down into measurable objectives that you can achieve over time.

Excellent. Well, David, thank you so much for your time. Again today. There's a ton of great value here, which I cannot wait to share with our audience.

David Shriner-Cahn: Thanks so much time.

Next Episode All Episodes Previous Episode 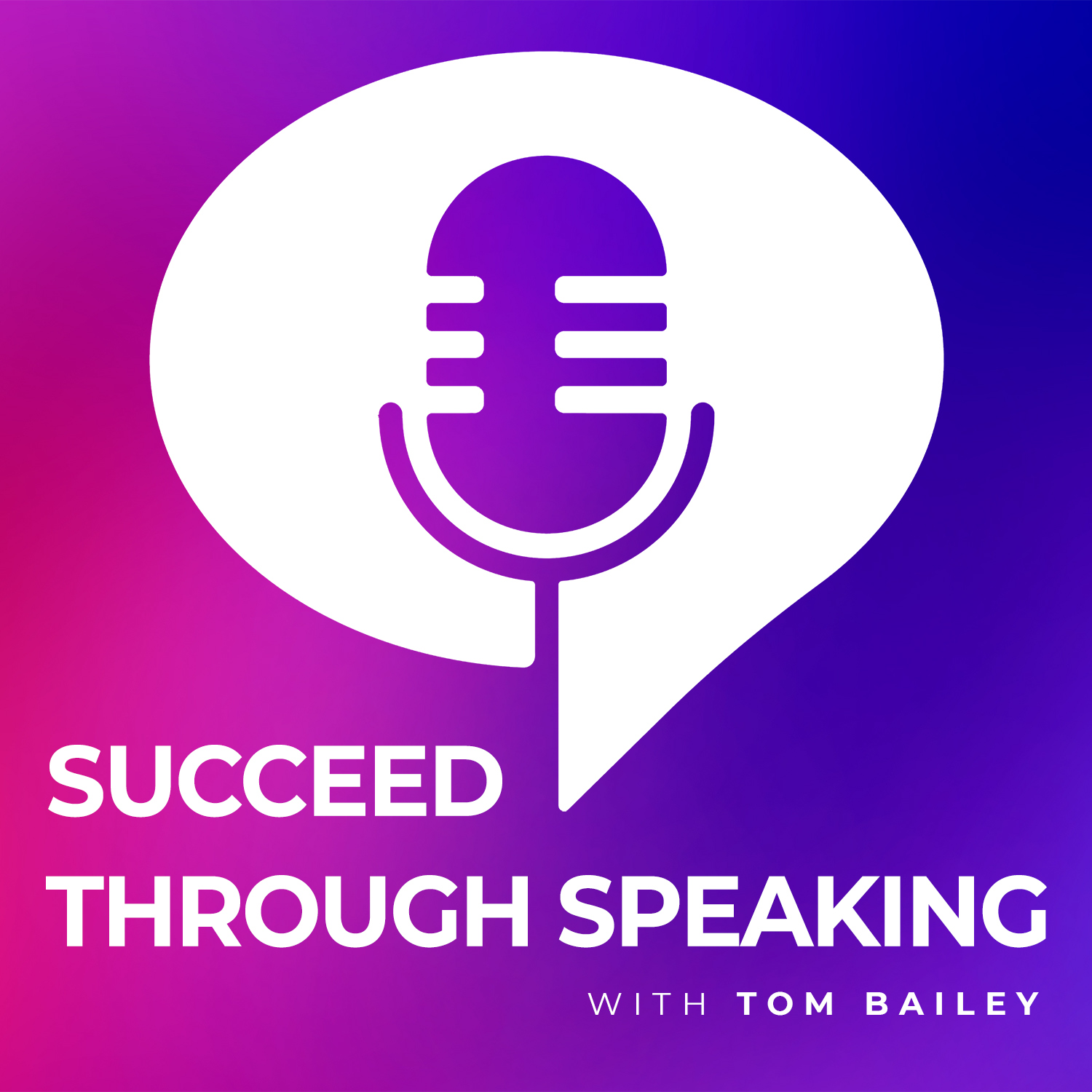 The mission of the Succeed Through Speaking podcast is to bring proven business and marketing ideas to Experts and Entrepreneurs offering a service, advice or coaching and who want to position themselves as an expert within their industry and attract more of their dream clients.

If you're committed to learning, growing and succeeding in life and in business... you're in the right place! 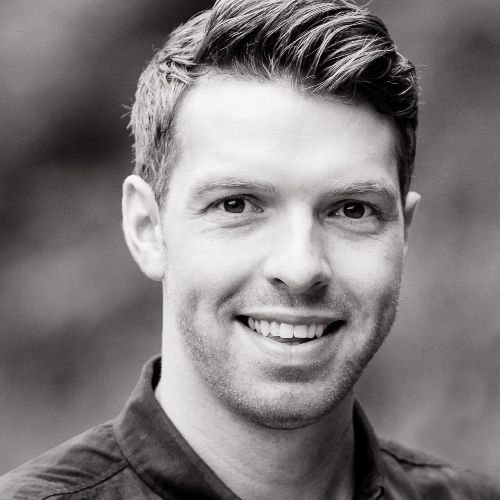 Founder of Succeed Through Speaking and the Flow & Grow Expert Interviews Podcast
https://www.succeedthroughspeaking.com